Russia is attempting to increase its influence the Middle East through both state-sponsored media and public and private displays of support. What actions is Russia taking and what does it aim to achieve? What does this mean for U.S. and NATO allies in the region? MPP Matthew Dotzler, who focuses on national and foreign security policy, joins Moderator Jessica Blackband and co-Host Katherine Lundie to unpack. All views expressed are his own.

GW WonkCast is producing 3x the content. Look for Below the Fold on Mondays, our #wonkywednesdays with our guest of the week, and Above the Fold live on http://www.gwradio.com on Fridays from 6:30-7:00 pm and online on Sundays.

Subscribe in iTunes, Stitcher, or Google Play to #staywonky. 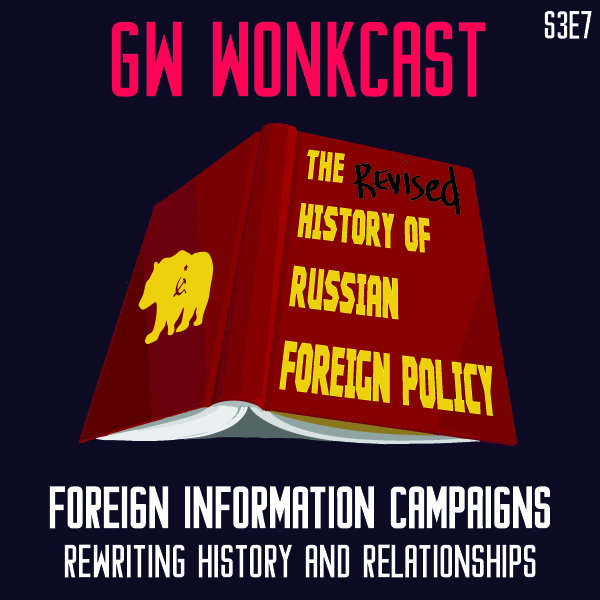 Iraqi MP Kadhim Al-Sayadi: We Should Cancel the Strategic Framework Agreement with the U.S., Sign Another Sponsored by Russia and Iran, Memri TV

Abu Mahdi Al-Muhandis, Deputy Commander of the Popular Mobilization Units: Optimism over Liberation of Mosul Was Exaggerated; No Objection to Russian Military Intervention in Syria; After Mosul, We Will Enter Syria; Hizbullah Trained Us against the Americans after 2003, Memri TV

How dangerous is Putin? The Jordan Times

Liberal Kuwaiti Journalist Hassan Al-Juffeiri Praises the US for Its Middle East Policies and Slams Russia for Its Relations with Extremist Arab Regimes, Memri TV