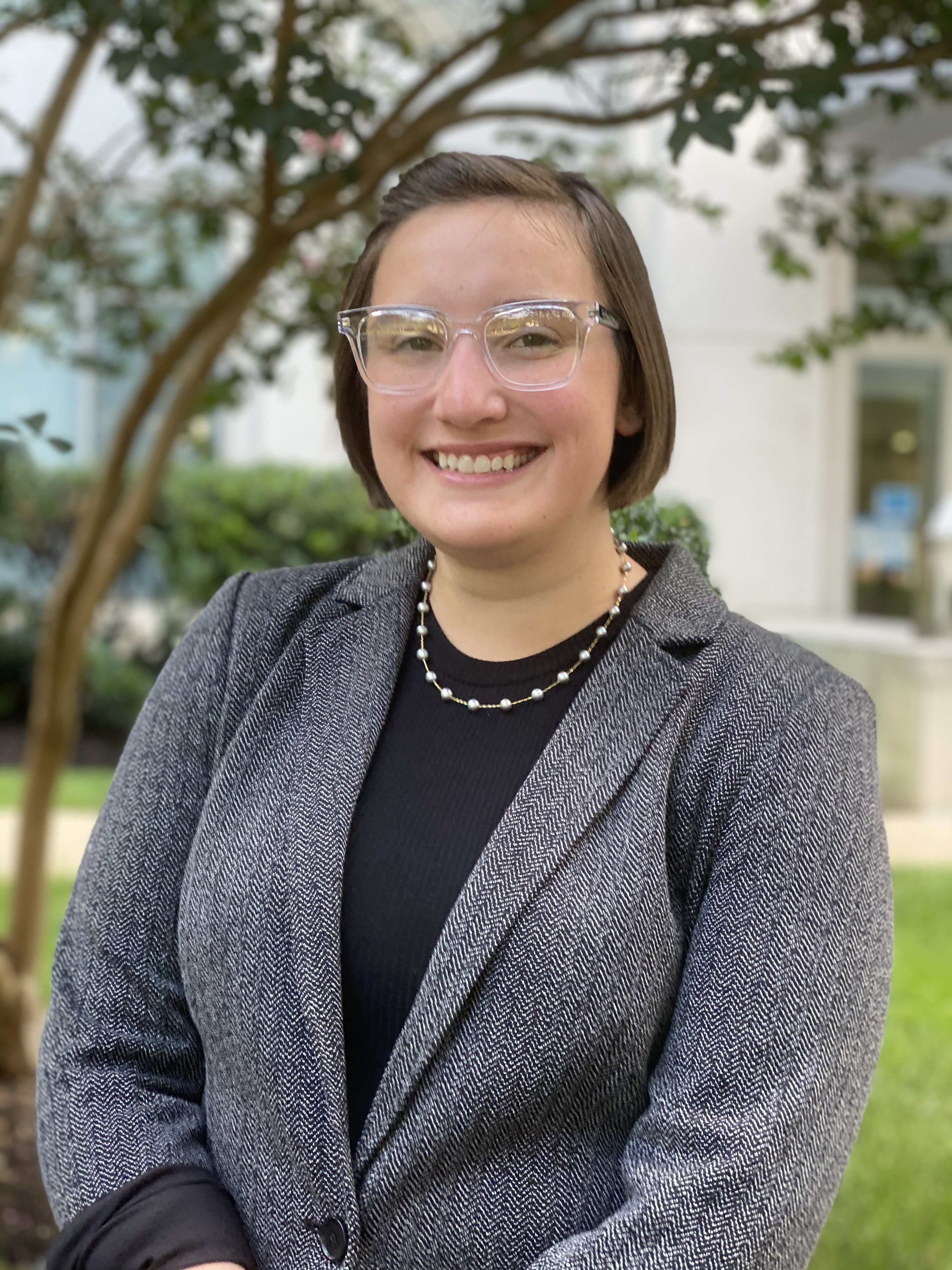 Sydney Hamilton is a second-year MPA candidate at the Trachtenberg School, focusing on issues of nuclear security policy. She currently works as a Systems Engineer at Systems Planning & Analysis, Inc., contracting for the U.S. Navy. Previously, she worked in the district offices of former Congressman Keith Rothfus and former State Representative Bryan Barbin, both of Pennsylvania. Originally from just outside of Pittsburgh, PA, Sydney graduated summa cum laude from the University of Pittsburgh at Johnstown with a degree in Mechanical Engineering and a minor in Political Science. When not working or studying, she enjoys reading, playing board games, and catching as much theatre as possible! 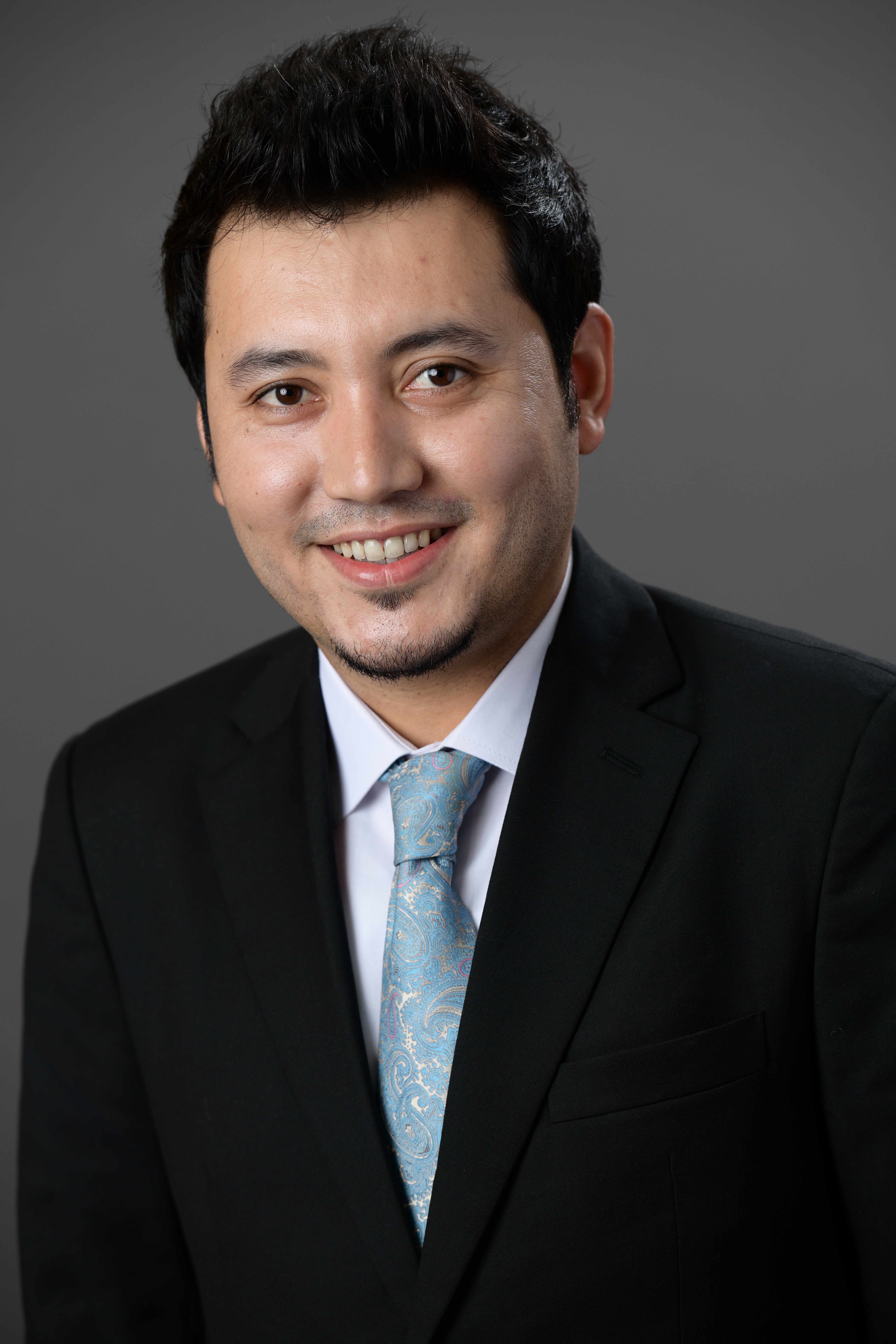 Shabir Eman is a second-year MPA and Fulbright candidate at Trachtenberg School, focusing on International Development. Originally from Kabul, Afghanistan, Shabir graduated from Mysore University, India, in 2014 with an MBA in Marketing Management. Before joining graduate school, he worked as the Director of Private Sector Research and Development at the Afghan Ministry of Industry and Commerce. Shabir has taught marketing management at Kateb and Dunya universities in Kabul. He is also the Co-founder and Chair of the Board of the Youth Thinkers’ Society (YTS) – a non-profit organization promoting youth engagement and volunteerism in Afghanistan. When not studying, he enjoys walking and cooking.

Jack Nicholson is a first-year Master of Public Policy candidate at the Trachtenberg School. He graduated from University of Richmond with degrees in Leadership Studies and Journalism. After graduating from Richmond, Jack joined Teach for America’s Nashville corps, where he taught middle school literacy and composition for four years. While living in Nashville, he also earned a Master’s of Education from Lipscomb University and interned for the Nashville Mayors Office. When Jack is not working, he enjoys reading, hiking, and watching sports.

Aleida Fernandez is an Associate Editor for Policy Perspectives and current President of GW’s ICMA chapter for 2020-21. Aleida is originally from Salem, Oregon and graduated from Whitman College in 2015 with a B.A. in History and a Minor in Music. After graduation, Aleida moved to Washington, D.C. where she has worked at the Smithsonian, Federal Computer Week and currently at Cambium Assessment, Inc. (formerly American Institutes for Research). At Cambium, Aleida is a staff manager and consultant for state departments of education. In addition to her work, Aleida volunteers at Sitar Arts Center in NW DC. She is a second year MPA with a concentration in Budget and Public Finance.

Jason Cohn is a second-year MPP candidate at the Trachtenberg School, focusing on higher education policy analysis. Originally from Chapel Hill, North Carolina, he graduated from the University of North Carolina in 2018 with a degree in Economics and Public Policy. Jason has previously worked as a Research Intern at the Institute for Higher Education Policy and plans to pursue a career researching policy issues related to college access, affordability, and completion.

Niloofar Asgari is a second-year Master of Public Administration (MPA) candidate at the Trachtenberg School. Originally from Indianapolis, she graduated from Indiana University with a B.A. in Political Science and Near Eastern Languages and Cultures and a minor in International Studies. Before graduate school, Niloofar worked to expand immigrant and refugee access to mental health resources as an AmeriCorps Member, and served as a volunteer tutor helping immigrants in Indianapolis practice their conversational English skills. After graduating from the Trachtenberg School, Niloofar hopes to use her professional and personal knowledge, skills, and experiences to analyze, create, and implement policies and programs that advance the well-being of immigrant and refugee communities in the United States. When she’s not working or studying, she enjoys streaming lighthearted shows and movies, laughing with her friends, and teaching herself how to cook.

Tessa Atkinson-Adams is currently an MPA student at the Trachtenberg School, as well as a graduate of the Nonprofit Management graduate certificate program. Tessa graduated from University of California- Santa Barbara with a B.A. in Political Science in 2009. With a passion for nonprofits and politics, Tessa moved to Washington, DC, from her native northern California stomping grounds six years ago in order to be in the thick of the action. When not in pandemic times, you will see her at the Folger Shakespeare Library, soaking up history, language, and live performances.

Peter Duyshart is a second-year MPA candidate at the Trachtenberg School, with a concentration in politics, policy, and administration. Originally from Glendora, CA, a suburb of Los Angeles, he graduated from the University of California, Los Angeles (UCLA) in 2016 with a B.A. in Political Science and a minor in Public Affairs. Peter‘s primary focus is transportation policy; he currently interns for the U.S. Department of Transportation, and previously worked in transportation policy and programming for a local government agency in California prior to attending graduate school. Outside of the academic world, he enjoys hiking, golfing, exploring D.C., and watching his favorite sports teams.

Sydney Tepper is a second-year MPA candidate at the Trachtenberg School, focusing on issues of women’s and LGBTQIA+ advocacy. She currently works as an issue researcher, writer, and editor for the online political media organization Simplified. Previously, she interned as a data and evaluation intern for GatherDC and as a healthcare/large research institution intern at McAllister & Quinn. Originally from Merrick, New York,  Sydney graduated from The University of Texas at Austin with degrees in Government and Sociology. When not working or studying, she enjoys reading, baking, watching everything on Netflix and HBO, and exploring D.C.! 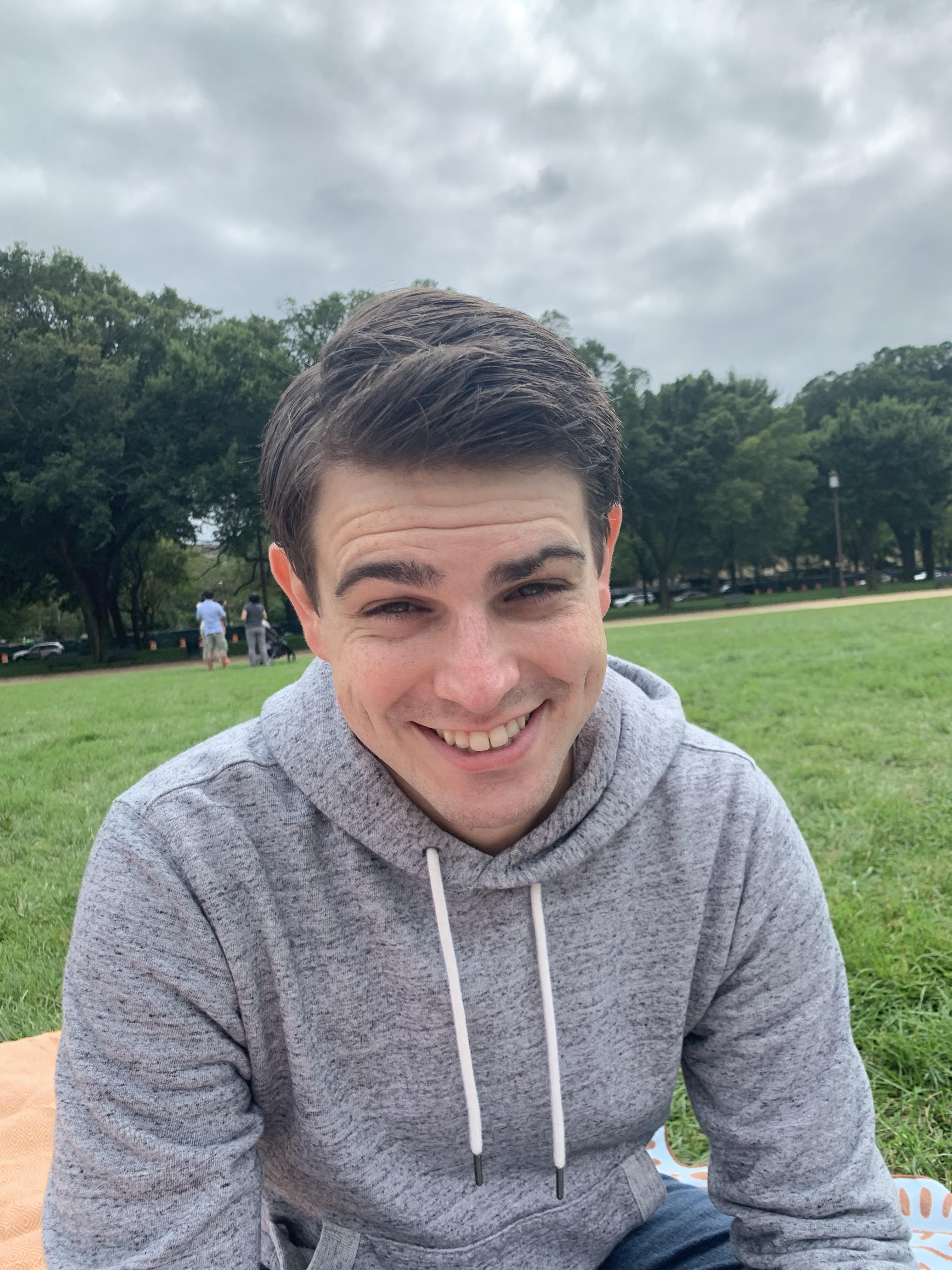 Alex Borkholder is a first-year MPP candidate at the Trachtenberg School, with an interest in foreign policy issues. He currently works in political advertising and has experience working on congressional campaigns, in the United States Senate, and as program manager of a progressive polling firm. Alex graduated from the University of Florida with degrees in Political Science and Economics and a minor in Public Leadership. When not working or studying, he enjoys cooking, listening to audio books, and playing with Kona, his french bulldog.

Musirah Farrukh is a second year Masters of Public Policy candidate, concentrating on Economics and Trade Policy. She is the recipient of our Global Initiatives Tuition Fellowship, and her academic pursuits have been focused on practicing non-experimental quantitative policy evaluation and design. Musirah has an undergraduate in Economics, from the Lahore University of Management Sciences (Pakistan), as well as a minor in Modern History. Her interest in Economics and Trade is derived from her interest in global development, connectivity and equity. Currently, she is working with the Macroeconomic Trade and Investment Group at the World Bank, on increasing Regional Connectivity in Central Asia. 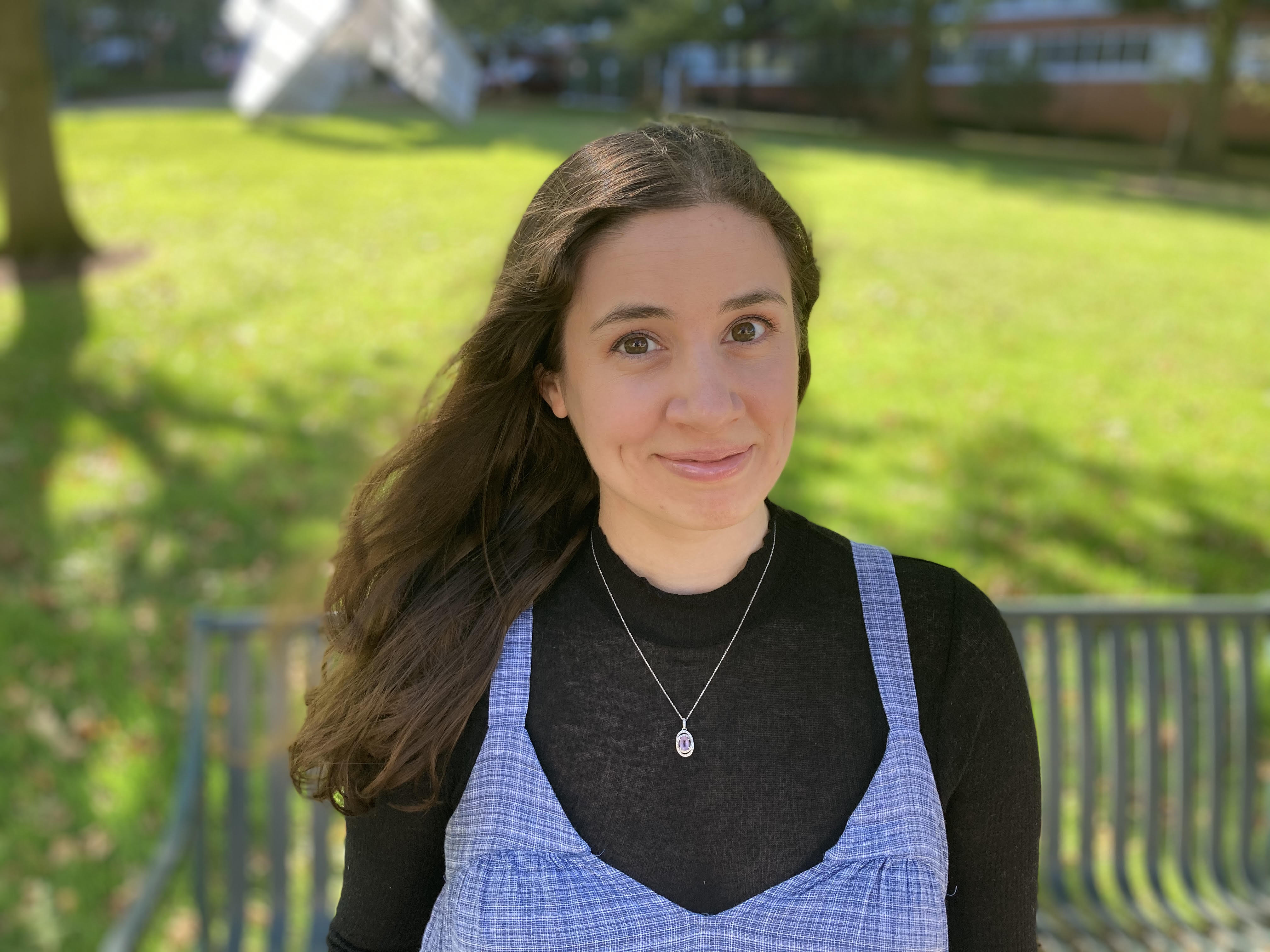 Meschelle Thatcher is a second-year MPP student studying agriculture, food systems, and animal welfare. Originally from the San Fernando Valley in Southern California, she graduated from UC Berkeley with a bachelor’s degree in English literature. She currently works at the George Washington Institute of Public Policy as a research assistant and interns at the Animal Welfare Institute on the farm animals team. Beyond agricultural topics, her interests include reading, dancing, making music, exploring vegan restaurants and cafes, obsessing over cute dog and cow videos, and playing Animal Crossing. 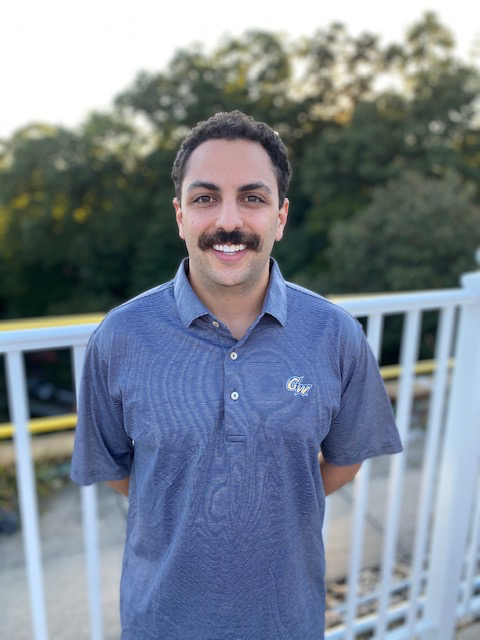 James Setterlund is a second year MPP candidate at the Trachtenberg School, focusing on financial services regulatory policy and is a first year MBA student at GW’s School of Business. He currently works Americans for Tax Reform as a Federal Affairs Manager leading their financial services and banking government affairs and public policy portfolio. He is also the Executive Director of the Shareholder Advocacy Forum, a sister organization of ATR that focuses on capital markets and preserving the long-term value of shareholder’s interest. James is a recently confirmed Graduate Senator apart of the Student Association serving the graduate students of Trachtenberg and a recipient of the Bryce Harlow Fellowship. He is from Encinitas, CA and attended the University of Arizona for undergraduate and the University of San Diego for a paralegal certificate.

Sampurna Basu is a second year M.P.P candidate with a concentration in social policy. She graduated from St. Xavier’s College, Kolkata, India with an honors degree in Sociology. She is currently interning with the Justice Love Foundation and works in the field of social justice and impact investing. When not studying, she enjoys going for long walks and binge watch shows on Netflix. 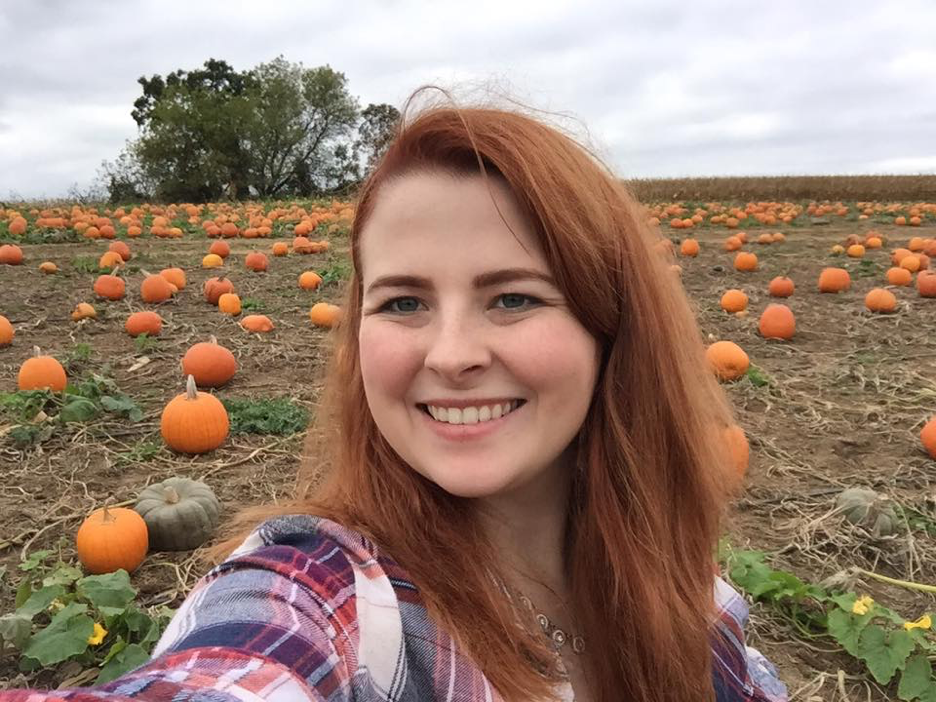 Emma O’Shea is a second-year MPA candidate at the Trachtenberg School, focusing on program evaluation and policy analysis. She is especially interested in social policy, and has most recently worked with the EEOC in their Reports and Evaluative Division. Originally from just outside of Chicago, IL, Emma graduated from the University of Notre Dame in 2015 with a B.A. in History and minors in PPE and Business Economics. When not working or studying, she enjoys cooking, reading, and traveling.

Aylén Rodriguez Ferrari is a second-year MPP student with a Social Policy concentration and a Spanish Fulbright scholar. She has a degree in Law and a master’s degree in Microfinance. Her specialization is in gender, poverty alleviation, and financial inclusion. She has been working for more than five years in the international development sector in Latin American countries in particular.Danielle Angers is a first-year MPP candidate at the Trachtenberg School, with an interest in program measurement and evaluation. She graduated from Virginia Tech in 2016 with a B.A. in Political Science and a minor in Applied Economics. Following graduation, she served in the US Peace Corps as a community economic development volunteer in Burkina Faso. Danielle now works as a research assistant at CNA, a nonprofit research and analysis organization supporting the Navy and Marine Corps. 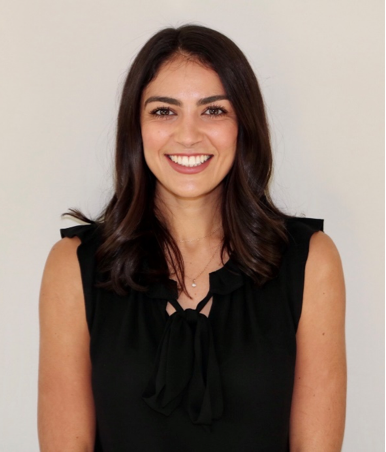 Danielle Angers is a first-year MPP candidate at the Trachtenberg School, with an interest in program measurement and evaluation. She graduated from Virginia Tech in 2016 with a B.A. in Political Science and a minor in Applied Economics. Following graduation, she served in the US Peace Corps as a community economic development volunteer in Burkina Faso. Danielle now works as a research assistant at CNA, a nonprofit research and analysis organization supporting the Navy and Marine Corps.