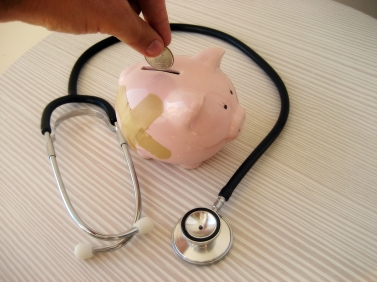 On Amazon, a casual shopper can buy a seemingly endless supply of 280 band-aids for around $13. Once that shopper becomes a patient, the price of a band-aid increases significantly, to say the least. Take, for example, Colette Bird, a one-year-old girl in western Connecticut, who visited the emergency room after cutting her finger and whose family received a $629 hospital bill for a band-aid and its placement on Colette’s finger.

To be fair, the hospital charged just $7 for the band-aid with the remaining $622 billed as  “facility fees” to cover the hospital’s overhead. Hospitals are well within their rights to collect such fees from patients in order to keep the lights on, so to speak, but a sample of facility fees charged last year shows that these fees can range from $533 to $3,170 for one visit. This wide distribution not only points to a lack of uniformity and transparency in hospital billing, but also to a larger, systemic problem in American healthcare. Americans spend more on healthcare than the citizens of any other country, in large part due to the continued rise of health prices, and policymakers have failed to directly address this issue.

A recent study, led by Dr. Irene Papanicolas and published last month in the Journal of the American Medical Association, found that the United States spends about twice what other high-income nations do on healthcare but has the lowest life expectancy and the highest infant mortality rate. This fact that the U.S. spends more on, but gets less out of, its healthcare than any other high income country in the world is not news. The study’s other findings on what drives overspending are, however, newsworthy.

According to prevailing wisdom, overuse, unnecessary care, and waste are the drivers of high spending. In 2011, 42 percent of American primary care physicians agreed with this premise and believed that their own patients received too much medical care. Papanicolas and her colleagues tell a very different story. Americans use approximately the same amount of health services as people in other wealthy nations. It is thus not because of overuse that Americans spend more on health services, but because prices are higher for prescription drugs, medical devices, and administrative fees for processing claims. As Papanicolas summarized to Reuters, “There’s no doubt that administrative complexity and higher drug prices matter — as do higher prices for pretty much everything in U.S. healthcare.”

Policymakers should pay heed to the problem of high prices. Because of overspending on healthcare, American families have less to spend on other goods and state governments have less to invest in other programs that are not health related. Between 2000 and 2016, the health insurance burden on the American family nearly doubled, from 17.8 percent to 31.8 percent of the median income. In the public sector, the National Association of State Budget Officers found that state-level spending on healthcare, such as Medicaid, crowds out spending on other state initiatives, particularly education. As a percentage of total state spending, Medicaid grew from 20.5 percent in 2008 to 29.0 percent in 2017. Conversely, state spending on elementary and secondary education shrunk from 22.0 percent of total state spending in 2008 to 19.4 percent in 2017.

Policymakers have not directly addressed how much Americans pay for health care; rather, they have been focused on the related but perhaps less critical problem of who pays for healthcare. The Affordable Care Act (ACA) made healthcare more affordable by shifting the cost burden from patients to private insurers and the government. Recent efforts to undo provisions of the ACA would merely shift the costs back to patients.

This political tug-of-war may be less contentious if policymakers address and reduce the underlying costs at issue. One logical first step would be to encourage pricing transparency, as the example of facility fees makes clear. For instance, physicians, hospitals, and other healthcare centers could be mandated to post commonly charged fees and the prices for frequently performed procedures on their websites. The price transparency seen in nearly every other sector of the U.S. economy, such as buying consumer goods or seeking an estimate for a car repair, could be applied to the health sector.

This transparency would allow individuals to shop for the cheapest healthcare options and it would prevent providers from sending bills that are calculated in a shroud of secrecy.

In such a world, Americans might opt for same-day delivery of the $13 pack of 280 band-aids rather than the $649 band-aid offered at their local emergency room.