Understanding the Community Reinvestment Act and Its Modernization Proposals 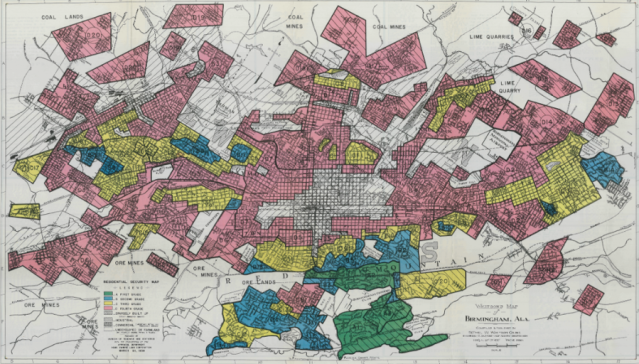 A map of Birmingham, Alabama, denoting redlining practices of banks in the area. Created by the Mapping Inequality project at the University of Richmond

In 1977, President Jimmy Carter signed the Community Reinvestment Act (CRA) into law. Congress enacted the CRA to combat redlining and encourage banks to increase their lending in nearby low- and moderate-income (LMI) communities. “Redlining” refers to the practice of loan officers refusing to lend to entire communities (and often drawing red lines on maps around them) based on the neighborhood’s racial and/or income characteristics. The CRA encourages federally regulated financial institutions “…to help meet the credit needs of the local communities in which they are chartered consistent with the safe and sound operation of such institutions.” In other words, the law incentivizes banks to end redlining and ensure sufficient lending to LMI communities within their chartered areas without taking undue risk. Banks and community advocates are now calling on policymakers to modernize CRA regulations, last updated in 1995, to ensure that the law is still fulfilling its mission given the evolution of the banking system in recent decades. In response, CRA regulators are considering changes that build upon the law’s existing supervisory framework.

How is CRA Enforced?

Federal and state regulators examine financial institutions to monitor compliance with banking laws and regulations, including the CRA. Three federal regulators share CRA oversight responsibilities: the Federal Deposit Insurance Corporation (FDIC), the Federal Reserve Board (FRB), and the Office of the Comptroller of the Currency (OCC). The FRB examines its state-chartered member banks, the FDIC oversees state-chartered banks that are not members of the Federal Reserve System, and the OCC regulates nationally-chartered banks. Credit unions and nonbank entities are not subject to CRA provisions. 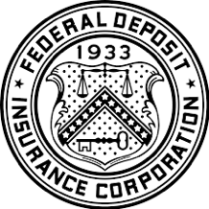 Using a point system, CRA examiners assess qualifying bank activities within predetermined assessment areas to determine the bank’s overall CRA rating. Each bank must specify its assessment area in accordance with federal regulations, which include restrictions to prevent redlining such as those found in the FRB’s Regulation BB: “each bank’s assessment area(s): may not reflect illegal discrimination; may not arbitrarily exclude low- or moderate-income geographies, taking into account the bank’s size and financial condition…” Generally, assessment areas must include geographical areas where the bank maintains its branch locations and deposit-taking ATMs and conducts a significant portion of its lending activity.

Under the current framework, regulators consider several categories of activities when rating financial institutions’ CRA compliance. The “lending test” considers the distribution of a bank’s home mortgage, consumer, small farm, small business, and community development lending across income levels within the assessment area(s). The “investment test” evaluates qualified investments that benefit the service area(s) or broader geographical regions. The “service test” analyzes the extent to which a bank is providing adequate retail banking services across low-, moderate-, middle-, and upper-income geographies. Lastly, the “community development test” assesses the bank’s community development investments, loans, and services for purposes such as affordable housing or other projects intended to alleviate poverty. CRA examiners issue points for each category that are totaled to determine the bank’s overall CRA rating.

Regulators post CRA ratings publicly, enabling public commentary on how well banks are meeting the credit needs of LMI communities. The regulators then consider CRA ratings when banks apply to merge with or acquire another bank or open new branches or lines of service. A regulator may deny a bank’s merger or acquisition application if the bank’s CRA rating is below “satisfactory.” However, regulators rarely issue subpar CRA ratings. A study of 1995 CRA data found that 95 percent of sampled banks received ratings of “outstanding” or “satisfactory.” Over the past several decades, researchers have obtained mixed findings regarding the impact of CRA on LMI borrower outcomes, community development, and bank compliance costs. Proponents and critics alike are calling for updated regulations to ensure that the law continues to benefit LMI communities.

The FDIC and OCC issued a joint proposal on Jan. 9, 2020 to modernize the CRA. The FDIC-OCC proposed rule outlines broad changes, including:

The National Community Reinvestment Coalition (NCRC), an association of over 600 community-based organizations that works “to champion fairness and end discrimination in lending, housing and business,” published analysis and testified before the House Financial Services Committee voicing strong opposition to the proposed rule. NCRC and other community development advocates share concerns that the proposed ratings framework will incentivize banks to target one high-dollar project that qualifies for CRA credit and forego small-dollar investments that would provide more benefit to LMI communities. Community-based lenders, known as community development financial institutions (CDFIs), rely on banks for CRA-incentivized funding and some are similarly concerned that the proposed dollar-volume framework will discourage continued investment in CDFIs. Opponents of the proposed rule also argue that some activities that would count for CRA credit under the new rule, such as investing in athletic stadiums, will not directly benefit LMI communities.

While community-based groups largely oppose the proposed rule, banks are still assessing it and haven’t yet weighed in. A Dec. 2019 statement by the American Bankers Association explains that they are still reviewing the proposal but are “encouraged that it would clarify what qualifies for CRA credit…” The Independent Community Bankers of America, the Community Development Bankers Association, the National Association of Affordable Housing Lenders, and the National Bankers Association submitted a letter to the FDIC and OCC on Jan. 14, 2020 requesting an extension of the 60-day comment period to 120 days to allow for adequate analysis of the proposed rule.

The Federal Reserve Board has not yet taken an official position on CRA modernization and notably did not sign on to the joint proposal. FRB Governor Lael Brainard presented a detailed alternative framework in a speech at the Urban Institute on Jan. 8, 2020. The framework outlined by Governor Brainard calls for separate retail (lending to LMI customers) and community development tests. She explains that including a separate retail lending test would “stay true to CRA’s core focus” of ensuring that banks lend within the communities where they take deposits. Governor Brainard provides several other reasons for maintaining separate retail and community development tests, including preventing banks from receiving high CRA ratings based on large community development investments while failing to provide adequate retail services within their assessment areas. The framework offered by Governor Brainard would base ratings on “loan counts rather than dollar value in order to avoid inadvertent biases in favor of fewer, higher-dollar value loans.” In a House Financial Services Committee hearing regarding CRA on Jan. 29, OCC Comptroller Joseph Otting confirmed that he will not extend the comment deadline. Stakeholders must submit comments on the FDIC-OCC proposal by March 9, 2020. The Federal Reserve has not yet announced its plans or timeline. It is possible that the Fed will proceed with a separate set of regulations for the state-chartered member banks it supervises. Stakeholders hope for harmonization between the FDIC, OCC, and FRB’s revised CRA regulations for ease of compliance and to prevent regulatory arbitrage. As it has taken 25 years for regulators to propose significant reforms to the CRA, the process of finalizing changes will certainly not happen overnight.