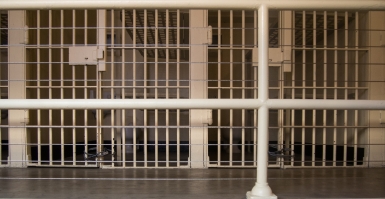 In the last few days of the Obama administration, former Federal Bureau of Prisons (BOP) Acting Director Thomas R. Kane released the Transgender Offender Manual which was developed to ensure that the BOP “properly identifies, tracks, and provides services to the transgender population.” Over a year later, this manual resurfaced with revisions that could have negative consequences for transgender people in prison. Notably, the following sentence was removed from the new manual: “The TEC (Transgender Executive Council) will recommend housing by gender identity when appropriate.” Another sentence was added in its place: “The TEC will use biological sex as the initial determination for designation.”

As a result of this change, the updated manual deviates from the Department of Justice’s National Standards To Prevent, Detect, and Respond to Prison Rape which advises facilities to give primary consideration to an individual’s health, safety, and preferences when assigning housing. The language in the updated manual also runs counter to the recommendations of both the American Medical Association and American Psychological Association. These professional organizations recommend that people who are transgender should be housed according to their gender identity in order to maximize their safety while they serve time.

The BOP should act to reverse the aforementioned change in order to realign the Transgender Offender Manual with existing federal policy and medical consensus and to prevent people from repeatedly experiencing trauma.

A Brief History of Policies Addressing Sexual Harassment in Confinement

Today, data show that transgender individuals who are incarcerated experience disproportionately high rates of sexual harassment and sexual abuse. However, no national statistics on sexual abuse and sexual harassment in confinement existed in 2001 when Human Rights Watch first reported qualitative data on the subject in “No Escape: Male Rape in U.S. Prison.” This report was instrumental in garnering support for the Prison Rape Elimination Act of 2003 (PREA) which President George W. Bush signed into law. The Act highlighted a need for national standards to address sexual safety in confinement and propagated a zero-tolerance policy towards sexual abuse and sexual harassment in all federal, state, and local facilities.

The newly-minted law led to the creation of the National Prison Rape Reduction Commission, a group comprising subject matter experts on sexual abuse that was tasked with writing an assessment of the state of policies and practices relevant to sexual safety in confinement. The Commission deliberated for nearly five years, held hearings around the country, and met with stakeholders to learn how they were affected by the passage of the PREA. The Commission finalized their report in June 2009. Three years later, in 2012, U.S. Attorney General Eric Holder and the DOJ published a final rule that established “national standards for the detection, prevention, reduction, and punishment of prison rape.”

The PREA standards contain guidelines on how to use an assessment of an individual upon arriving at a carceral facility to determine an individual’s risk of being sexually abused. Standard 115. 42 (c) states that the agency shall consider a transgender incarcerated individual’s health, safety, and security on a case-by-case basis when making housing determinations.

The BOP’s 2018 decision to focus on biological sex in housing determination of transgender inmates is a departure from the PREA standards and could threaten the safety and wellbeing of a population that already experiences disproportionately high sexual abuse and harassment rates in prison. Transgender people are unfortunately targeted because of their gender identity. Between 2011 and 2012, the Bureau of Justice Statistics completed the most recent nationwide survey of hundreds of carceral facilities. This survey found that 2.4 percent of people in U.S. prisons experience sexual abuse or sexual harassment from staff, while 15.2 percent of people who are transgender and incarcerated experience this kind of treatment. Two percent of people in all prisons reported being sexually abused or harassed by another incarcerated individual, while 33.2 percent of incarcerated transgender people reported abuse by another incarcerated individual.  This data suggests that people who are transgender and incarcerated are disproportionately punished beyond serving their time and that strong measures should be taken to protect these individuals from harassment and abuse.

To create the safest environment possible for staff and the incarcerated population, the BOP should consider rescinding changes to the Transgender Offender Manual and taking individual gender identity into account when designating housing. The PREA was a landmark policy development in the U.S., and progress is stunted when the BOP chooses to adopt a potentially harmful policy that undermines the mission to detect, prevent, reduce, and punish sexual abuse and sexual harassment in confinement.

One thought on “Transgender and Incarcerated: Revised Bureau of Prisons Guidance Could Compromise Safety of Transgender Inmates”