The following is an op-ed and does not necessarily reflect the views of Policy Perspectives or the Trachtenberg school. 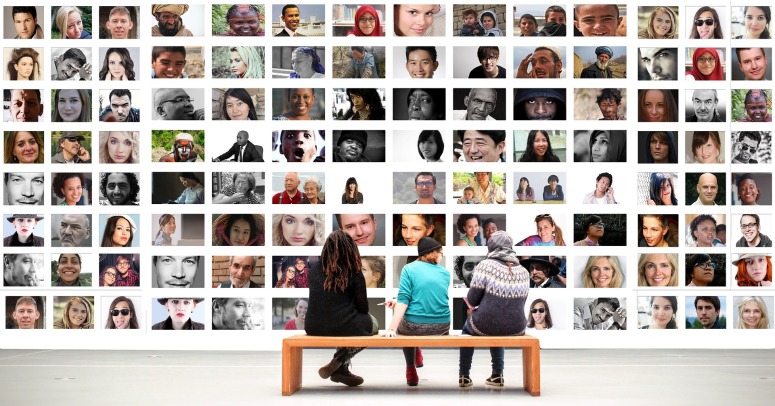 How do we move the needle on race relations in a time when many feel the U.S. is not making sufficient progress? The standard is educating the populace, particularly white Americans, about the atrocities, discrimination, and racism African-Americans have faced and continue to face. But that alone may not be enough.

Professor Ibrahim Kendi in his book, Stamped from the Beginning: The Definitive History of Racist Ideas in America, is helping to reframe the conversation around racism by pointing to the need for not just race neutral, but anti-racist policies. However, both approaches, education and anti-racist policies, are vital for improving race relations.

Education needs to continue to be strengthened as our current standards for teaching important and sensitive issues, such as slavery, leave much to be desired. The Southern Poverty Law Center recently found  that schools are failing to adequately and properly discuss slavery and that resources provided to teachers on the topic were scarce. The report includes recommendations for how the topic of slavery can be approached such as by using original historical documents to expose students to more than the usual narratives and improving curriculum standards so the subject receives the attention it deserves.

Museums have played an increasing role in illuminating slavery, lynching, and the civil rights movement. The Mississippi Civil Rights Museum recently opened; it explores the struggle for dignity and equality for African-Americans and the barriers that still exist. Similarly, the Equal Justice Initiative (EJI), a non-profit that provides legal representation to vulnerable defendants, will open a museum that displays the history of lynching in America this spring. EJI released a report that documents over 4,000 cases of lynching African-Americans to inform people of the magnitude in advance of the museum opening. These museums are meant to enlighten and challenge us about America’s difficult and ugly past. In addition to the National Museum of African American History and Culture (NMAAHC), these museums will improve the educational resources available to teachers and families.

Also importantly, colleges use education to improve school climate. When racially insensitive incidents happen such as the recent incident at GW, the response is often predictable. The university president or dean will make a statement about that actions do not reflect their school, the school will work to get to the bottom of the issue, and the university calls upon its students to be more inclusive and supportive. Demands and recommendations for diversity trainings for students and staff, as well as hiring a diverse faculty are made. I am shocked that many are still shocked when these racialized incidents occur. Due to racial segregation in schools and neighborhoods, college is often the first time many students will have substantive interactions with those of other racial groups. While it is necessary to affirm the values of the school, there should be an acknowledgement that we have not reached the “beloved community” Dr. King thought was within reach. Educating a student body can be helpful, but the problem starts well before students step onto campus.

The Problem with Education Alone

It is overly optimistic to assert that racial tensions are the way they are because of unawareness. Change cannot happen without knowledge, but it seems far-fetched to say white people do not know the history of the way African-Americans were treated. Countless white families across this country perpetrated or viewed lynchings, spat on or beat black protesters, or refused to have anything to do with African-Americans. A big barrier with the education approach to improving race relations is that many white Americans believe that racial discrimination is no longer an issue.

Kendi’s ideas challenge the way large portions of social policy research is done. Many organizations, researchers, and advocates try to create change by attempting to open the eyes of white people to see racial inequities. An example is the conversation around school integration where whites fear that an increased rate of black children in their child’s school means that school quality if falling. Advocates try to sell white people on why they should support their children attending schools with minority students.

I argue that this is a dehumanizing process.

Instead of trying to prove the value of minority students to white students through research, dismantling policies or practices that enable school segregation may be a more efficient and humane approach.

Many believe racist individuals have implemented policies that negatively impact minority groups. While that argument has merit, Kendi argues that the relationship is actually the other way around: racist policies are the reasons people behave in racist manners and why racism persists. Thus, to improve racial disparities and racial tensions, racist policies have to be addressed. Kendi defines racist policies as those that have a disparate impact on minority groups and an anti-racist policy would address racial inequities.

However, policies have shortcomings and can be manipulated, such as the case of school districts that have continuously avoided school desegregation orders. A judge found that Gardendale, Alabama had racial motivations when attempting to split off from the Jefferson County School System. However, they were still allowed to remove two of their elementary schools and potentially more schools if they passed a “good faith period.” Behavior like this is why scholars still emphasize the importance of school integration today.

Civil rights for African-Americans did not come easily. Many white Americans vehemently opposed them or silently watched the struggle, distancing themselves from the pain of their fellow citizens. Those feelings of superiority do not easily go away. While we cannot legislate hatred away, we can use policy to make it more difficult for African-Americans to be penalized because of their race. There are few examples similar to the work Kendi is doing spearheading anti-racist research, but an important principle is that anti-racist ideas hold that no racial group is inferior.

In a country as diverse as the U.S., there will always be a need for ongoing dialogue and education on racial tensions. We will also always need to continue pushing for equitable policy, as no policy victory can be permanent. The two pieces have to be intertwined. Every sector, public, private, and nonprofit, needs to work toward improving race relations, as each has contributed to implementing racist policies and practices. It’s not simply the role of educators or policy makers. We all have a role. I believe that when we are able to create community despite our differences, that is something to be celebrated.