On Nov. 24, Richard Cordray stepped down as the director of the Consumer Finance Protection Bureau (CFPB), a bureau that protects consumers from financial fraud. This made Deputy Director Leandra English acting director, however President Trump also named Mick Mulvaney as the acting director. An lawsuit by English was overruled by the US District Court for the District of Columbia, but now a credit union is suing to block Mulvaney.

This #wonkywednesday edition of the GW WonkCast features Jeff Marootian, adjunct professor at GW and former Obama appointee to the Department of Transportation. Marootian, who teaches a course  on the politics of management, joins the team to discuss the relationship between political appointees and career public servants and unpack this case.

co-Host and co-Editor Erik LaDue steps up to the plate as moderator and is joined by co-Host Gabe Moss.

Subscribe to the GW WonkCast today in iTunes or Stitcher. 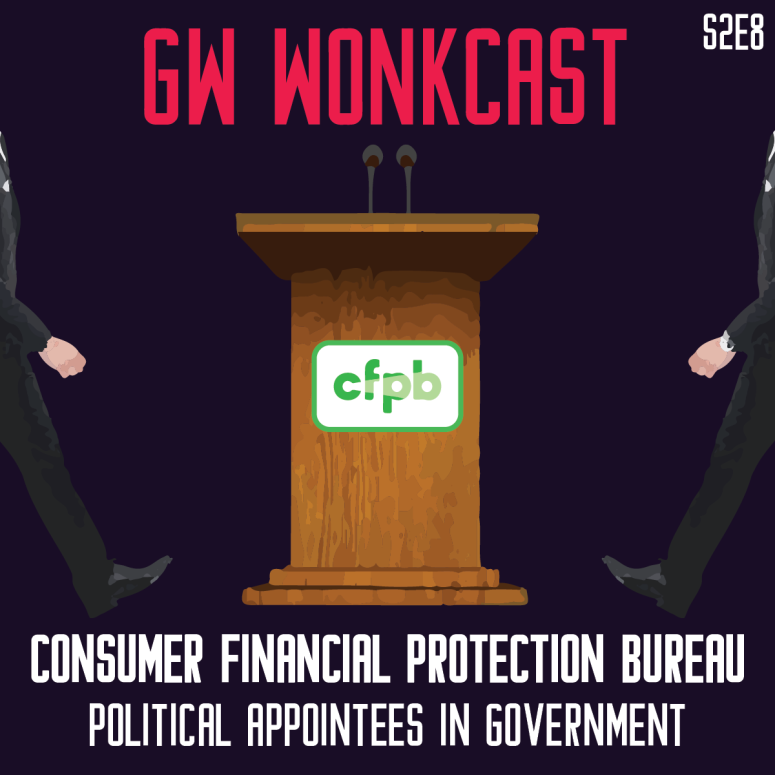 See the sources for the Below the Fold segment: