In the wake of Hurricane Maria’s devastation, Puerto Rico’s economic and political future looks increasingly uncertain. The past decade has been especially difficult for the island territory. Puerto Rico’s recession began in 2006 when corporate tax breaks that benefitted the Puerto Rican manufacturing sector ended. The Great Recession of 2008 dealt a second devastating blow to the island’s fragile economy. Even as the U.S. mainland recovered, Puerto Rico did not. According to the Bureau of Labor Statistics, Puerto Rico’s unemployment rate was 10.1% in August 2017, compared to 4.4% for the U.S. overall. 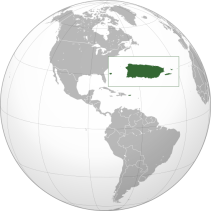 As U.S. citizens, Puerto Ricans are free to move to the U.S. mainland at any time. The island’s population shrunk by 10% over the past ten years as people left for better job prospects. Those who left were disproportionately college-educated, leading to a brain drain and further economic depression. These factors culminated in Puerto Rico’s current debt crisis and subsequent bankruptcy.

Now, Hurricane Maria has destroyed infrastructure and industry across the island. In many places, power will not be restored for months. Homes and businesses are gone completely, schools are closed, and basic commodities are difficult to come by. Those Puerto Ricans who can afford to leave are already doing so en masse, further shrinking the economy. One hundred thousand already left, and will have little incentive to return without the prospect of employment.

Solutions to Puerto Rico’s numerous problems — from hurricane relief to job creation — will require billions of dollars from the federal government. However, without any voting power in Congress, the island has little leverage to secure the necessary funding. The push for Puerto Rican statehood was already strong before Hurricane Maria due to the dire economic situation on the island; in the wake of the natural disaster it will likely gain momentum.

2012 saw the first major statehood referendum since 1998. However, the two-part ballot left room for ambiguity, as it offered voters multiple options between statehood, free association, and independence. Over 27% of the final ballots were left blank or deliberately marked invalid by the voters casting them, a move encouraged by anti-statehood parties to invalidate election results. So, while 61% of the recorded votes were in favor of statehood, including the blank and invalid ballots decreased the proportion of “yes” votes to 44%.

Puerto Rico held its most recent referendum on statehood on June 11, the month following Puerto Rico’s bankruptcy declaration. The measure passed with 97% of participants voting in favor of statehood. However, only 23% of eligible voters participated in the poll, with the pro-territorial groups calling for a boycott. Pro-statehood politicians were quick to claim victory, but were not able to gain traction in Congress to proceed.

Puerto Rico lacks a direct path to statehood due to its territorial status. To incorporate the territory, Congress would have to pass several laws allowing the process to move forward. The 2016 Republican Party Platform explicitly expressed support for Puerto Rico’s statehood movement, and recognized the results of the 2012 referendum. According to the Pew Research Center, Puerto Ricans lean socially conservative, and the center-right New Progressive Party (also the pro-statehood party) holds a clear majority in the legislature.  A hypothetical Puerto Rican state could be a political battleground, especially if statehood legislation by Republicans in Washington generates goodwill towards the party. However, twice as many Puerto Ricans participated in the 2016 Democratic presidential primaries as the Republican primaries, echoing the national trend of Latinos voting Democratic.

Political Implications for the U.S.

It is too early for polling to accurately quantify the political fallout of Maria in Puerto Rico, but, so far, it does not look good for President Trump and the Republicans. According to an Associated Press poll, only 32% of Americans approve of the way Trump is handling the hurricane response, and that number will likely be far lower on the island. If sentiment against Trump and Republicans grows in Puerto Rico, a Republican Congress would have no incentive to take the legislative steps to facilitate statehood. Any referendum in the next several years will likely be ignored in D.C., even if a clear majority of Puerto Rican voters support it. The risk of adding more potential Democratic seats to the House and the Senate is too great for the Republicans’ current precarious balance of power, even though the legal process of admission would take years.

Many Puerto Ricans view statehood as the only way for the island to guarantee the necessary infrastructure investment and economic protections from the federal government. Without this, the Puerto Rican economy will continue to spiral downward, and Puerto Ricans will continue to leave the island for the mainland US. They will likely have little love for Trump and the Republican party, and will vote accordingly. Since 2004, 20% of Puerto Ricans leaving the island have settled in Florida, and there are now more than one million Puerto Ricans in the state. Local officials expect another 100,000 to settle in the coming months. Puerto Rican communities in the swing state already lean Democratic. If Republicans wish to maintain any degree of popularity in Puerto Rico and the 3.4 million U.S. citizens who currently live there, they should abide by their party platform and advance the cause of Puerto Rican statehood. Otherwise, they are harming themselves—and Puerto Rico—in the long run.